Police come to the aid of the Adivasis in Cherla 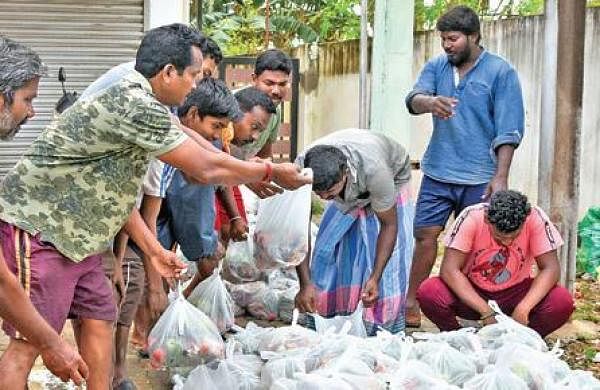 Kothagudem: Police in Cherla came to the rescue of Adivasis suffering from viral fevers in a remote tribal hamlet, Veerapuram of Cherla mandal in the district. It was learned that children and adults in nearly 34 Adivasi families, infected with viral fevers, were troubled by the lack of access to medical facilities.

Cherla CI B Ashok, SI Raju Varma and Venkatappaiah who learned of the plight of the tribes rushed to the hamlet to help them.

Officials and police personnel transferred the tribe members to Cherla PHC, where medical tests were done for 43 people including dengue tests for five people and malaria tests for 26 people. One person has tested positive for malaria.

Police Commissioner Sunil Dutt appreciated CI, Ashok, SI Raju Varma and Venkatappaiah for their humanitarian gesture. He said more than 100 Maoist sympathizers and militia members have so far surrendered thanks to ongoing community policing in the district.

The SP said it had reports that many tribal members, militias, Maoist sympathizers and Dalam members of Chhattisgarh were suffering from fever.

But the Maoist Central Committee and Telangana State Committee leaders and battalion commanders failed to provide them with medical treatment and forcibly detain them when they wanted to go out for treatment, a- he noted.

Dutt urged lower cadres not to trust the Maoist leadership and to go to the police and get proper medical treatment. From recent letters issued by the Maoists, it was clear that the Central Committee leaders were using innocent tribals only for protection and for their own interests, he noted.

Now you can get handpicked stories from Telangana today to Telegram everyday. Click on the link to subscribe.